Yesterday , a friend of mine came to seek my opinion on which android smartphone to buy. He told me he has a budget of #36,000 but dosent know which device to go for. He had Tecno Phantom A+ in mind but wasn’t sure because there are other options to choose from. Knowing him as someone that detests mediocrity , I brainstormed for options that will suite his class. Initially I had Tecno Phantom Pad Mini in mind , but he told me he dosent want a tab. I suggested Lg L90 D410 and he decided to give it a try.

We went to slot outlet in computer village , ikeja and purchased the device. As soon as he laid his hands on the device he fell in love with it instantly. It was my first time of seeing the phone and I fell in love with it too! At some point I fell like snatching it away from him. :D lol. He thanked me over and over and was convienced he made the right choice.

If you have a medium budget and is looking for a cool android smartphone to buy , you should consider buying any of the listed below.

*Note : The price of this devices vary on different stores. The prices listed in this article are according to Konga online store.

*This List Is Written Based On Their Availability In Nigeria

In no particular order ,

I was wowed when I read the specs of L90 D410 back then in april but was more suprised at the price. This device features some high-end specs but comes at a lower price. Classy Design , Nice Processors , Strong Battery And 4.7′ Inch True IPS Display are words that describes D410. It features Processors 1.2GHz quad-core Cortex-A7 CPU, Qualcomm MSM8226 Snapdragon 400 chipset, Adreno 305 GPU , Android 4.4.2 kitkat , 1GB RAM, 8MP and 5MP back and front camera respectively. You can get all this for just #36,000 on Konga

If you’ve been keeping tabs with the android trend in nigeria , I’m sure you much have heard about “Phantom A+” . Phantom A+ (F7) Was tecno’s best device (not until it was dethroned by tecno R7 in april 2014) . Launched mid lastyear , phantom a+ enjoyed massive success in a short time and was tecno’s most sold device lastyear. Phantom A+ features a 1GB RAM , 8MP Camera And Operates On Android 4.2Jellybean version. Phantom A+ currently costs #33,900 on Konga 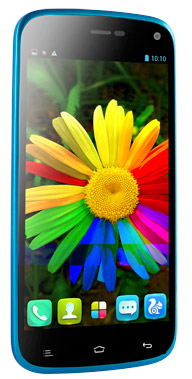 If you’re looking for a nice tab with a low budget then IdeaTab A3000 Is what you need. This android jellybean device has a 7’inch screen IPS LCD capacitive touchscreen with 16M colors. The internal specs is comprised of a Quad-core 1.2 GHz Cortex-A7 , PowerVR SGX544 GPU and Mediatek MT8125 Chipset and 1GB Ram. It also has 5MP camera for taking pictures. IdeaTab A3000 currently costs #28,800 On Konga.

Tecno Phantom Pad Mini is one Tab you will definately love. It was launched during the festive period december lastyear. It features a 7.0 inch screen , just like that of IdeaTab A3000. It has a quad core processor clocked at 1.3GHz Frequency and has MediaTek MT8389
chipset with 1GB RAM. It also has a 5MP camera for calls and 2MP Camera For videos. It is powered by a 4000mAh LI-Ion Battery. As it now , it currently costs #30,000.

That’s It ! You can pick from the options above. But there are still some other device worth mentioning.

Samsung Loses $36million Worth Of Electronics To Robbers

Get Ready , Infinix Zero Is Coming!

Alcatel To Launch One Touch Mini & One Touch Scribe Pro?

The Camon CX will be unveiled along side a mini variant, the Camon CX AIR (See the latest rumoured specs)