There’s a new trend about to hit the Mobile market, and it’s the foldable phones trend which is undeniably on the rise with major companies reportedly rolling out specs from Samsung to new giant, Xiaomi, ready to make a major influx into the market by innovating awesome phones with flexible, bendy displays.
With one design already available to buy and a couple of others expected this year, the ability to fold and open up your mobile device like a tablet and can still fit into the pocket is a concept most endearing that is bound to please tech enthusiasts and early adopters.
Google is also reportedly committed to providing Android support for the emerging foldable designs, so this is a viable trend which other phone companies would in the coming days adopt.

All Foldable Phones You Need to Know

While the phones make their way slowly into the market, here’s a guide to help you decide what model your first foldable phone will be.

Motorola : Having been acquired by Lenovo in 2014, and introduced before now, the CPlus, a phone that could bend and wrap around the wrist in 2016, they have since filed for patent to produce a “portable information device” with a “foldable configuration”, its been rumoured that they plan to incorporate its classic RAZR model on the form of foldable phones.

Revolving the RAZR style is a smart move by Motorola as its sleek and sophisticated design plus thin profile and colour variants was irresistible.

Xiaomi : It is said to be in the prototype stage, but it is already garnering attention. It’s a folding phone where the top and the bottom of the tablet-sized screen folds down

Huawei : It seems to be one of the more impressive foldable devices rumoured to be in the works, it will reportedly come in 5G and a full 5-inch screen on the front (with a notch for facial ID identification), as well as an almost bezelles 8-inch screen outside.

Huawei’s CEO Ken Hu says “it’s so powerful it will be able to replace a PC.”

LG: Also rumoured to be released this year, the phone, however, is said to have two displays rather than a seamless foldable screen, from a company who is the undisputed leaders in flexible OLED technology, its kind of strange why they opted for this feature and really can’t wait for how it plays out.

The phone can be used on full screen, phone sized and tent mode which is super cool. Surprisingly, it doesn’t feel heavy as it runs on an OS called water that’s layered on top of Google Android 9.0

Samsung: The technology behind the upcoming Samsung foldable was announced in November 2018. It is said to adopt The Infinity flex display which will expand to 7.3 inches and sport a resolution of 2152× 1436 pixels, have a stunning mAh battery capacity and two 12mp rear-facing cameras. The battery will be split into two, one on each blade which is expected considering its gigantic display and core panels. Its battery will reportedly provide a total of 6200 mAh and is name is rumoured to be Galaxy F.

Apple : They are really keeping theirs on a low key, very quiet and secretive about specs but they are certainly working on a patent and are exploring various designs. No idea whatsoever has been given on any information concerning what the device might look like or a timeline due for launching so we’ll wait and see what they are up to.

Some other notable brands who have long joined in the trend is ZTE and Oppo, with the former releasing a not so pleasing sample last year that left much to be desired. We earnestly can’t wait for this new inventions and when they are finally released, you will definitely get exclusive reviews on each brand on this blog.

Leave a comment about your expectations, what you think would be the pricing compared to other phones, the durability concern? 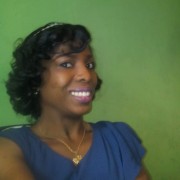 Uduak Ekpedeme aka Petite_awesomeness is a creative writer, tourism enthusiast, media junkie, photography location scout and assistant with an avid interest in the entertainment industry. When she isn't writing or reviewing stellar content, she is binging on YouTube, acting as a part-time wardrobe consultant, scouting for antiques and the next wakawaka spot, managing a nanny service, and disturbing people she calls friends.

Samsung Galaxy S10, the Design May Not Be Very Different from the Current